But first, a little background on my fellow coach…

Dr. Rob Orr Rob joined the Australian Army in 1989 as an infantry soldier before transferring to the Defense Force Physical Training Instructor (PTI) stream. Serving for 10 years in this stream, Rob designed, developed, instructed, and audited physical training programs and physical education courses for military personnel and fellow PTIs — from both Australian and foreign defense forces.

Rob subsequently transferred to the physiotherapy stream where his role included the clinical rehabilitation of defense members and project management of physical conditioning optimization reviews. He served as the Human Performance Officer for Special Operations before joining Bond University in 2012.

Nowadays Rob continues to serve in the Army Reserve as a human performance officer. In addition, he is the Co-Chair of Tactical Strength and Conditioning Australia.

Orr’s research includes tactical physical conditioning and injury prevention for military and protective services from the initial trainee to the elite warrior.

His current focus is reducing injuries associated with load-carriage tasks. In particular Dr. Orr is researching ways to improve the mobility and lethality of soldiers and tactical police required to carry loads.

ROB ORR: In today’s operational environment military personnel are often well supported on operations with some form of gym equipment available in portable gymnasiums, be it in a shipping container or 14×14 tent.

When moving to more forward bases, this option may become limited and personnel have to use what is available – what they have brought with them (like combat backpacks and tires) or what they can win locally (like logs and rocks). Good news is that bodyweight exercises are  always available. Plus classic relative strength-endurance exercises can be performed anywhere.

An example of a neuromuscular program could look like:

For metabolic conditioning, a sample program could be:

Do each movement for 20 secs at 90% pace (fast but controlled) with a 15-sec break after each rotation. Perform 4-8 rotations.

JA: How important is it to train in your full gear, in order to prepare you for the demands of an extra 50-75 pounds of kit?

RO: There is a volume of evidence to support the need to train carrying operational loads. Most research supports the need for a combat loaded session (gradually progressing in load weight and context to meet occupational load carriage requirements) once every 7-14 days.

Apart from just load weight, the body must get used to moving with a different center of gravity, breathing against the thoracic impedance imparted by chest webbing and body armor. In addition you must learn to thermoregulate the microclimates caused by backpacks, chest webbing, and body armor.

JA: Military operators often get hurt when jumping off a truck bed in full gear. How can we decrease this type of knee and ankle injury?

RO: Training for deceleration is a vital component of any tactical conditioning program. A typical sequence is to:

As a rule of thumb, always teach deceleration before acceleration. In other words, how to land, when jumping a wall, before how to actually jump the wall.

In addition, improved proprioception and muscle reactive speed is important. Due to our current lifestyles of moving on flat and paved pathways, as well as training on treadmills, the proprioceptive abilities of the lower limb are poorly developed. As such, when suddenly moving cross country, be it walking, marching, running or jumping, the potential for injury is increased.

That’s because the position of the foot, when it makes contact with the ground, is constantly changing. This variation requires the proprioceptive system to constantly recalibrate the required foot position for support. Then the changes are communicated to the muscle controlling the foot, which, in turn, must react very quickly.

So walking should progress to endurance marching (or running) across uneven terrain rather than on roads and dirt paths. Likewise, perform circuit–type training outdoors versus in a gym on a flat surface. You must however ensure you allow progressive development of the proprioceptive system rather than maintaining your current workload and expecting this poorly trained system to withstand this stress.

JA: How important is it to train in an “adrenalized” state? In other words, getting your heart rate above 165 bpm in order to prepare for the adrenaline dump that happens when the enemy is trying to kill you.

RO: The common perception that ‘performing physical training at high heart rates is akin to training in an adrenalized state’ is yet to be scientifically validated.

It is much like trying to tickle yourself: Your body will down-regulate the afferent nerve signals because the stimulation is ‘self induced’ and voluntarily controlled.

Adrenal dump comes from high anxiety and fear. Unless you are in the physiological ‘fight or flight’ state you will more than likely NOT be ‘training in an adrenalized state’ when completing normal physical training – regardless of the intensity. This concept is well known and is the premise behind combat-scenario-based activities and battle-inoculation training, both of which are used to expose military personnel to the impacts of the adrenaline (and cortisol) dump.

It is important to note that, at this point, research suggests that the hormonal system response to stress is the same regardless of whether the soldier is fit or unfit. I enforce the term here is ‘response to stress,’ not performance while under stress.

This is not to suggest training with a high heart and respiratory rate (which requires a measure of fitness) is not important, as it gets military personnel used to the physiological feeling of a racing heart and high heart rate. This familiarity and recognition of a rapid heartbeat and breathing can help reduce stress which itself drives the adrenal dump.

To better facilitate the conditioning aspect, exercises or tasks that are typically performed during the battle stress inducing adrenaline dump, are the most valuable. Familiarizing the body with high heart and respiratory rates while sprinting under load wearing military fatigues would be more beneficial than a high intensity resistance orientated circuit encompassing general weight training exercises dressed in shorts and a single as an example.

JA: As a segue, please discuss how to prepare your body to focus your vision, calm breathing, and concentrate in order to place a bullet on target… while in this stressed state.

RO: There are several means of preparing military personnel to down-regulate their adrenaline dump. Two methods are ‘train as you fight’ and calming techniques. The ‘train as you fight’ concept is discussed above and involves performing physical activity in an environment that approximates combat situations as closely as possible, in order to reduce stress and anxiety when placed in the actual combat environment, thereby down-regulating the adrenal trigger.

JA: What future trends do you see regarding tactical strength and conditioning?

RO: I am hoping for a widening of vision and scope. At the moment everything is based on the high end / sharp end performance. Which, while important, is only a small piece of the puzzle.

More attention and research needs to be given to regenerating the soldier post one deployment in preparation for the next force-deployment cycle. This may include concepts like counter-functional training to negate the negative impacts of continual pattern loading in order to restore optimal musculoskeletal ranges and strength ratios.

In addition we need to consider what impact the conditioning provided to recruits and personnel now, will have on their physical structures in 5,10,20 years time. The last thing a military force wants is to loose an experienced team member due to poor conditioning practices.

Tactical Bodyweight Workouts is based on the teachings of tactical strength and conditioning coach, Joseph Arangio, MS, CSCS. 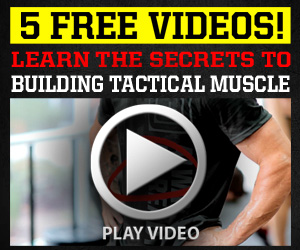 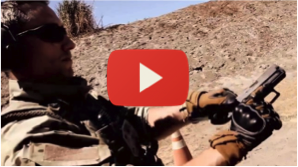 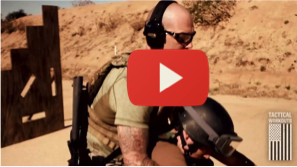 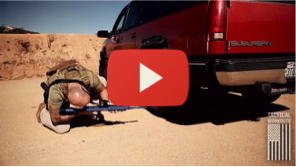 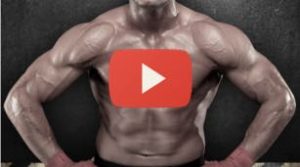 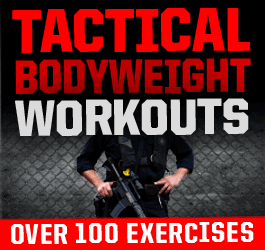